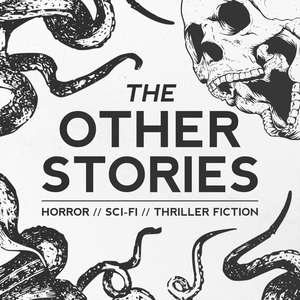 It’s been a while since I posted. I’ve been doing a bunch of travelling, running, writing, and video-game-developing and I’ve been neglecting the site. I did get time to submit a new horror short story to The Other Stories, a fantastic weekly horror story podcast, and I am extremely please to say that they accepted it. It’s part of their Japan themed series and you can listen to it right now by clicking here. I listened to the podcast on Monday and it’s fantastic. I’ll definitely be listening to it again. A huge thank you to everyone at Hawk & Cleaver, and especially narrator Justin Fife and editor Karl Hughes. Sign up to my newsletter to stay updates on my writing, details of new releases and sales, and advance copies of my books. You’ll also get a book of short stories plus two bonus novellas, completely free. CLICK HERE TO GET YOUR FREE BOOKS [Out Now – Dakimakura by Philip Harris first appeared on Solitary Mindset on 28th June 2018]

So, that was 2015. My wife and I continued our New Year’s Eve tradition of spending the evening at home watching horror movies. This year we went with The Babadook and Hellraiser: Revelations. The Babadook was excellent, very creepy. On paper it’s the usual horror film trope of a family (in this case a mother and her son)  haunted by a supernatural being but it’s very well done and stands out from the crowd. On the other hand, Hellraiser: Revelations is the most recent of the straight to video “sequels” to my favourite horror film and was predictably dire. At least this one had the decency to make it about Lemarchand’s box and the cenobites rather than just bolting Pinhead on either end of a low budget horror movie like the last couple of “installments”. Still terrible though, but then we knew that going in. Rent The Babadook, skip Hellraiser: Revelations. Overall, I’m happy with how 2015 turned out writing wise. I didn’t get as many titles released as I’d planned but both The Girl in the City and Glitch Mitchell and the Unseen Planet did much better than I expected and the other projects I worked on, particularly Siren’s Call, are some of the best writing I’ve done. The demise of the Apocalypse Weird project put a bit of a … END_OF_DOCUMENT_TOKEN_TO_BE_REPLACED

In a few hours , I’ll be flying to The Stanley Hotel in Colorado for a five day horror writing retreat. The Stanley is the hotel that inspired Stephen King to write a little book called The Shining, hence its choice as the location for the retreat. In case you’re wondering, no it’s not the hotel that features in the Stanley Kubrick film. For me, it looks like it’s going to be more of an editing retreat. I have Glitch Mitchell and the Unseen Planet, Leah, a new short story and The Zombie Book, all ready to be revised. I find revision a lot harder than writing fresh words (which is probably why I have the backlog) so I’ll probably add another writing project or two in there as well. Maybe a short story, maybe a sequel to one of the novels or Leah. There are some events planned as well, readings and panels at the Estes Park Library, some trips out for the attendees, a haunted hotel tour etc. But my main goal is try to finish a couple of those projects, starting with Leah which I’m hoping to self-publish by the end of November. [“The Stanley Hotel Writers … END_OF_DOCUMENT_TOKEN_TO_BE_REPLACED

While I fight to rehydrate and the Vancouver heat wave fights to turn me into a dessicated husk, here’s five things I learned last week. The impossible space drive isn’t so impossible Canada is getting it’s own Fangoria Horror Convention Horror-Rama – Unfortunately, it’s in Toronto. Unfortunate because that means I probably can’t go, not unfortunate because Toronto is a bad location or anything. I’m not reading all the horror magazines I should be – At least according to LitReactor. David J Rodger is giving away a Cthulhu Mythos short story called Hokan – Yes, I’m pretty late with this one. Amanda Palmer sung backup vocals on one of Weird Al Yankovic’s new songs – and she’s very happy about it.   Now, time to retreat to somewhere cooler and do some writing. [Five Things I Learned Last Week by Philip Harris first appeared on Solitary Mindset on 4th August 2014]

My wife and I went to see The Conjuring on Saturday. We’re both horror fans (it was Ann that introduced me to one of my favourite films, Hellraiser) and we both enjoyed it. I’m pleased  that Hollywood has finally moved away from the “teen horror” of films like Final Destination and its brief flirtation with torture porn (Hostel 3 anyone?). They seem to have rediscovered the 70s style paranormal horror exemplified by films like The Exorcist and Audrey Rose and I for one approve. The Conjuring is “based on a true story” – the paranormal investigators in the film, Ed and Lorraine Warren are real people and the film covers a couple of their cases. How true the story is, I don’t know but The Conjuring is a solid entry into the haunted house sub-genre. It’s appropriately tense and creepy and feels a lot like those older films. Like most modern horror films, it relies on rising tension punctuated by sudden shocks but it’s effective and if you like your horror creepy, it’s well worth a look. [The Conjuring by Philip Harris first appeared on Solitary Mindset on 31 July 2013]

I have a new story out called Happin3ss101.com. You can find it in the May issue of eHorror – available in all the popular ebook formats. That issue is currently on sale for $1.99 but I’m not sure how much longer that will last so grab it now while you can. [The article Out Now – Happin3ss101.com by Philip Harris originally appeared on Solitary Mindset on May 12th, 2013]

If you’re a horror fan you may have come across One Buck Horror in your travels. It’s a series of ebooks, each one featuring five new horror stories. I picked up volume four over the holidays and enjoyed it – well worth the 99c it cost. The good news is that Volume One is on offer at the moment – for $0. You can get it on Amazon or SmashWords.