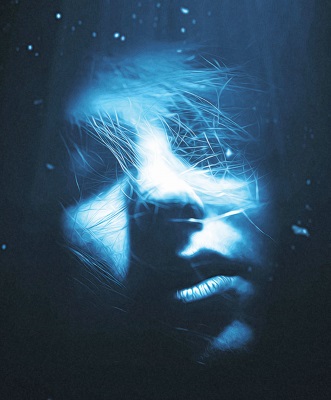 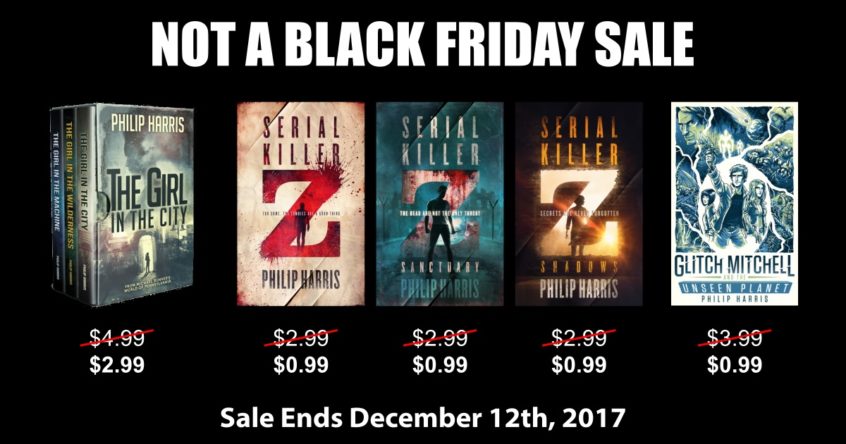 I’ve been looking forward to this day for months – the first book in my new series, Serial Killer Z, is finally available from Amazon. Serial Killer Z is my big project for 2017, and I’ve got the next two books ready to go. Book Two, Sanctuary, will be released in about a month’s time, and the preorder will go up soon. I’ve just wrapped up some edits on the third book and it’s lined up for an early December launch. For a limited time, Serial Killer Z, is just 99c Click here to get your copy or read or free through Kindle Unlimited. For some, the zombies are a good thing. The man who calls himself Marcus Black was a killer. He stalked the city, hunting those he deemed guilty and executing them for their imagined crimes. Now he’s just trying to survive in a zombie infested world. With the dead a constant threat, Marcus is forced to suppress his true self and fight against the shadow that lives inside him. Losing that fight will leave him exposed and could cost him his life. When he discovers an abandoned camp deep in the forest Marcus believes he’s finally found a home. A place … END_OF_DOCUMENT_TOKEN_TO_BE_REPLACED

It’s been a long time coming but I’m finally ready to announce my new horror series – Serial Killer Z. I’ve always had a soft spot for zombies. Return of the Living Dead is one of my favorite movies, and The Walking Dead is one of the few TV shows on my “must see” list. But other than a couple of very short stories, I’d always shied away from writing about them. Zombies are extraordinarily popular, but it’s hard to bring something new to the genre without losing the elements that make zombies so much fun. Even when the idea of throwing a serial killer into the zombie apocalypse came to me (in the gym of all places), I resisted. But the idea just wouldn’t let go. Pretty quickly that basic premise had grown into a series of books and, eventually, I gave in. I’m glad I did. It turns out writing about a serial killer and zombies is a lot of fun. I’m four books into the series so far, and I’m really enjoying putting my serial killer through hell. Of course, writing a book is only the first step in the journey to publication. It’s been three and a … END_OF_DOCUMENT_TOKEN_TO_BE_REPLACED 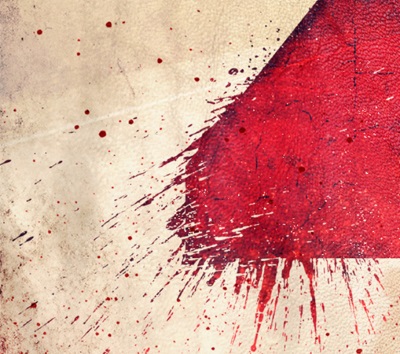 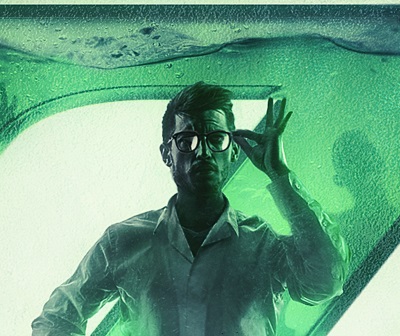 Back on June 14th I launched the box set of all three of my Leah King books (The Girl in the City, The Girl in the Wilderness, and The Girl in the Machine). I had modest expectations for the collection – the books have been around for a while and although they do pick up a few sales it’s not a “hot” genre. Still, I set up a few adverts and let my newsletter know it was coming out. Two and a half weeks later and I’m stunned. The box set has already sold twice as many copies as my previous best selling title (Glitch Mitchell and the Unseen Planet) and far exceeded the sales of the individual volumes. It’s been sitting in the top 20 Young Adult Dystopian Science Fiction charts along with titles like The Hunger Games and Divergent. It even made it to the top slot in the dystopian science fiction hot release chart (once James Patterson had got out of the way. In a way it makes sense – I’m selling over 500 pages of dystopian fiction for 99c – but still, there are literally millions of books out there people could be buying and I’m … END_OF_DOCUMENT_TOKEN_TO_BE_REPLACED 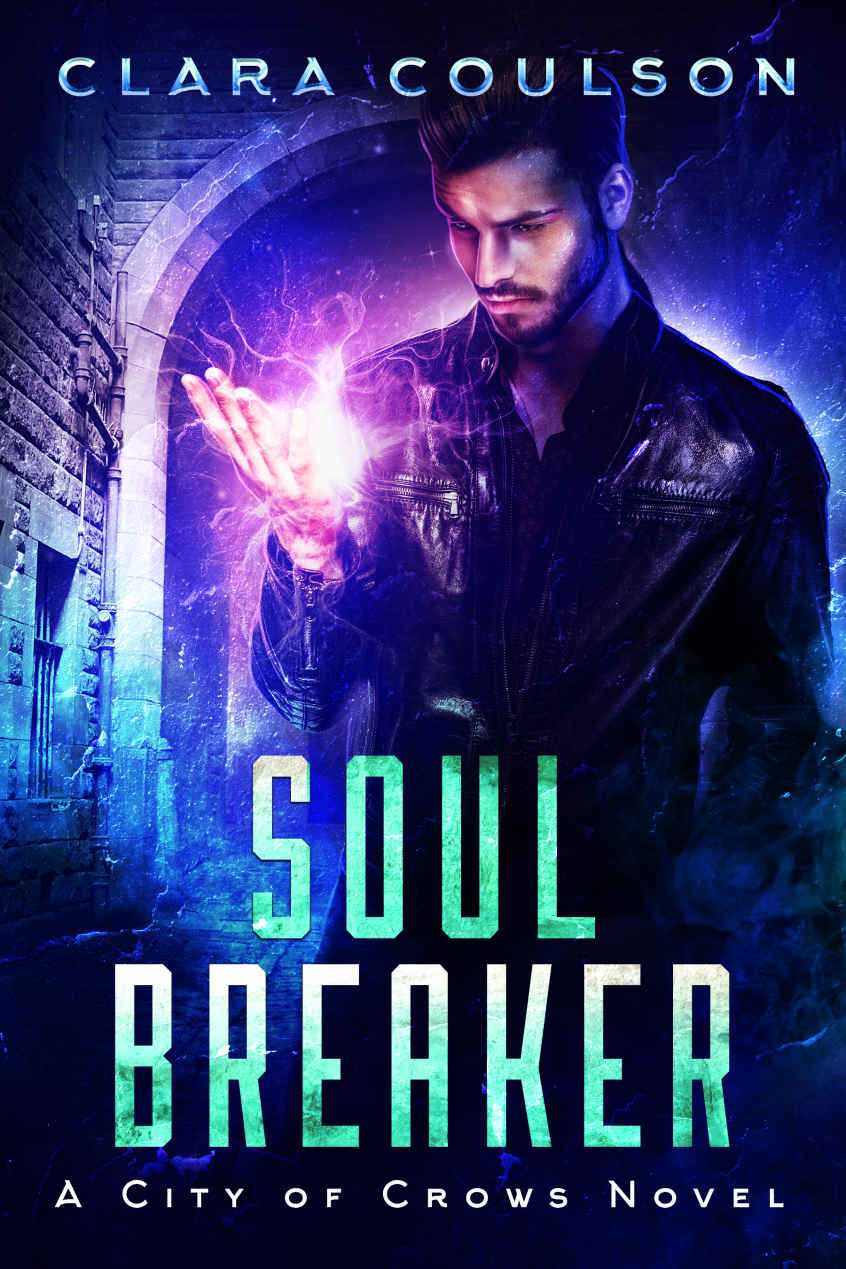 We interrupt my regularly scheduled absence with a quick update. The box set of The Leah King Trilogy launched on Wednesday and its going extremely well. Far better than I hoped. Thanks to everyone who’s bought the book so far. If you haven’t, you can get your copy from Amazon right now by clicking HERE. I’m pushing on with the first draft of Zombie Book 3 (working title). It’s going very well and I’m racing toward the big finale which is always the bit I enjoy most. When I’m not writing or refreshing the Amazon sales dashboard, I’m getting in some reading. At the moment I’m in the middle of Clara Coulson’s Soul Breaker, the first in the City of Crows series. The books center around the Department of Supernatural Investigations and their fight against the various supernatural nasties that have a habit of popping up to cause mayhem. I’m enjoying it so far and there’s a few other books in the series that I’ve already picked up.   I’ve also been gradually getting back to running after a disastrous BMO Half Marathon at the beginning of the month. Everything was going well and I was on track for a … END_OF_DOCUMENT_TOKEN_TO_BE_REPLACED 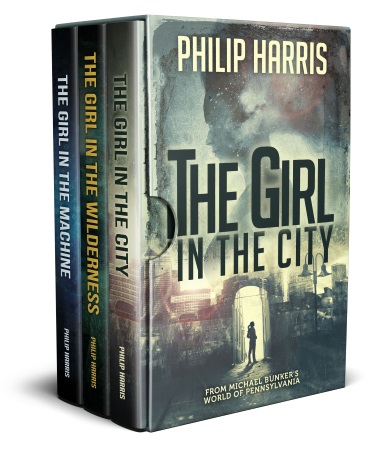 It’s launch day! I’ve created a box set of all three of my Leah King ebooks (The Girl in the City, The Girl in the Wilderness, and The Girl in the Machine). Yes, they don’t really come in a box but you know what I mean. I tried to up the stakes and the action with each successive book, and I’m very pleased with how the trilogy turned out. More importantly, readers seem to agree. Feedback on all three books has been excellent. The normal price for the set will be $5.99 but for a short time I’m offering the complete set for the ridiculous price of 99c/99p. That’s over 500 pages of dystopian cyberpunky science fiction goodness for less than a dollar/pound/whatever the equivalent is in your country. Or to put it another way, about $6 less than the books cost individually. So, if you haven’t read any of these, or you’ve read the first one or two, now is the time to pick it up. You can get your copy from Amazon right now by clicking HERE. With the oppressive Transport Authority controlling every aspect of their existence, Leah and her father do what they can to carve out a … END_OF_DOCUMENT_TOKEN_TO_BE_REPLACED