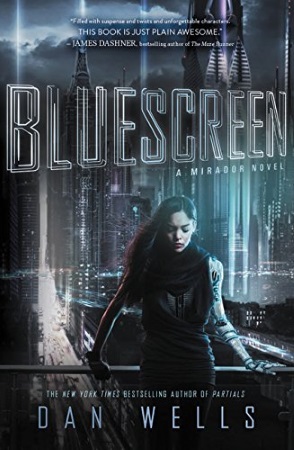 Not a lot of rain in Vancouver at the moment (bizarrely) but it’s time for my June update anyway. First up, writing. Most of the time was spent working on the latest zombie novel and I had a fantastic month. Total word count was 40,682 which is definitely the most successful month I’ve had so far this year and probably one of the best months since I started tracking (I need to go back and get my monthly data organised to check that). I finished draft zero of the novel a couple of days ago. Still plenty of work to do on it, but I’m very happy with how things are so far. I also outlined a new novella I’ll be writing in August. I’m really excited about this one so I’m keen to get the zombie novel out of the way so that I can start on it. The end of June also marks the fourth year of my writing streak. I’ve written fiction every single day for over 1,460 days. Now, writing every day certainly isn’t essential in order to be a successful writer, but it creating a writing habit can help a lot. My writing productivity has definitely … END_OF_DOCUMENT_TOKEN_TO_BE_REPLACED

Dan Wells (author of I am Not a Serial Killer and other splendid books) has announced a new anthology to raise funds to help his brother, Robison Wells (also an accomplished author) with his battle against mental illness. The anthology – Altered Perspectives – will contain a collection of stories, deleted chapters, alternate endings and other “bonus” material from a whole bunch of great authors, plus essays and comments from each of them about mental illness. The list of authors involved in this is pretty impressive: Ally Condie, the forewordDan Wells, the introductionAnnette Lyon, An unpublished chapter from her retelling of the Finnish fairy tale, THE KALEVALAAprilynne Pike, TBABrandon Mull, Deleted scenes from BEYONDERS 2Brandon Sanderson, five completely rewritten chapters from THE WAY OF KINGS, where Kaladin makes the opposite choice of what he makes in the published novelBree Despain, an alternate ending to THE LOST SAINT, and an alternate beginning to THE SHADOW PRINCEBrodi Ashton, the first chapter from her YA novel about an unwilling alien fighter who has to rescue the boy she lovesClaudia Gray, a deleted scene from A THOUSAND PIECES OF YOUDan Wells, the original John Cleaver free-write that inspired I AM NOT A SERIAL KILLERErin Bowman, a deleted scene from TAKENHoward Tayler, a creative non-fiction … END_OF_DOCUMENT_TOKEN_TO_BE_REPLACED

Fantastic run yesterday. Our route took us from False Creek, along English Bay, up through a fog shrouded Stanley Park, across the Lions Gate Bridge, back down to the seawall to the little pier at Dundarave and back again. The weather was perfect for running and I wish I’d had a camera with me. If I had I would have got some fantastic shots of the mountains rising up out of a layer of very low cloud. That’s a long way though, either 28 or 29km depending on which gadget you believe so I spent the afternoon alternately reading Justin Cronin’s vampire apocalypse novel, The Passage, and lying on the bed thinking about the plot of The Ghost Smuggler. I’ve been gearing up to restart my rewrite and last week I decided to try the Seven Point Story Structure that’s often talked about by Dan Wells. The results I got by going through that exercise have made a huge difference and reignited my enthusiasm for the rewrite. I heard about this system on an episode of Writing Excuses and followed that up by watching the YouTube videos of a presentation Dan gave about the system at Life, the Universe, and Everything (you can find the first video here). … END_OF_DOCUMENT_TOKEN_TO_BE_REPLACED