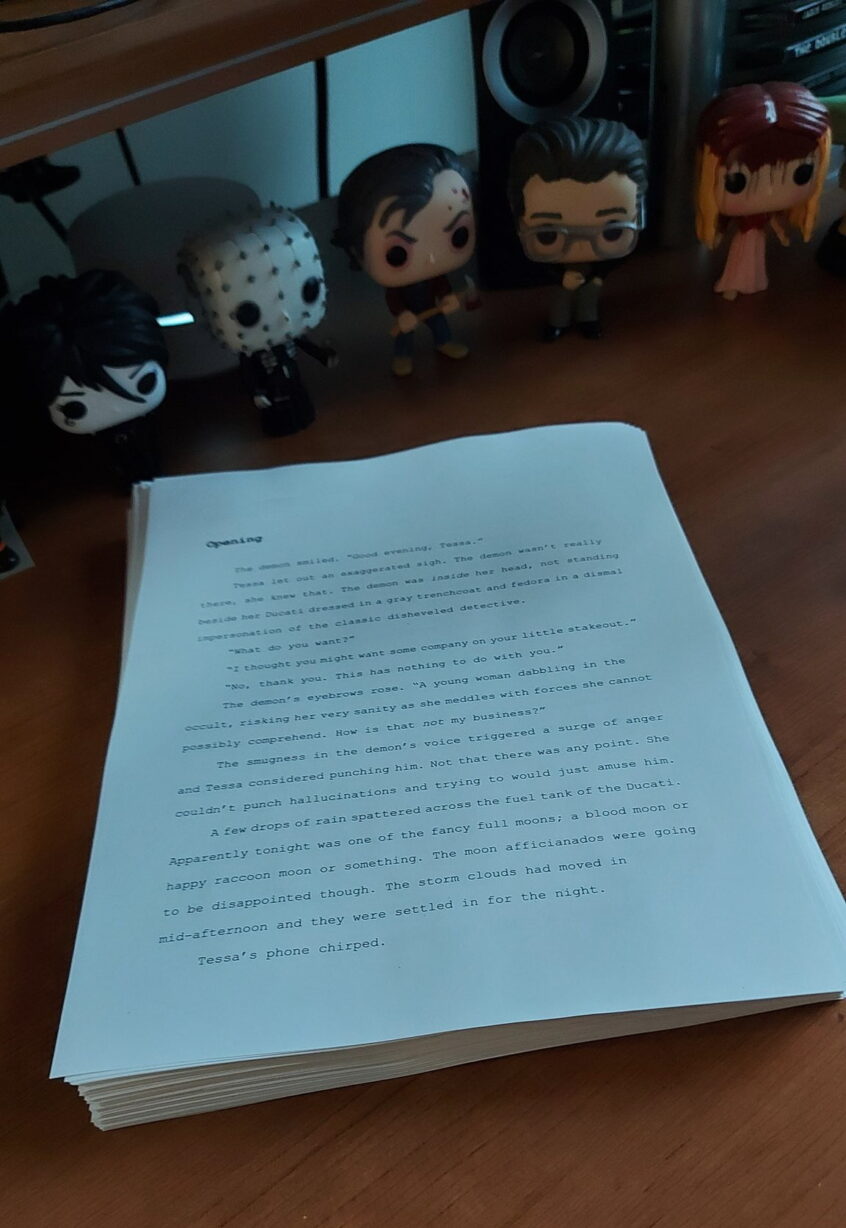 After my less than productive 2020 I’ve decided to focus on getting the first three books in a new series out by the end of the year.

Regular readers (or anyone who clicked that link) will know that I said I had early drafts of the first two books in my supernatural crime series done. It turns out I was wrong.

The first book was a bit of a strange length and the second book had a lot of holes that needed fixing up. After a couple of weeks of teeth gnashing I came to the conclusion that I could solve both problems by combining the two books into one. The plan quickly turned into cannibalizing the first book to create a new opening for the second and filling in the remaining holes with something new. Which means I’m back to having an unfinished first draft of the first book.

But it’s a much better first book so I’m happy.

About 40% of that writing was outlining while I fixed the first book and planned a new prequel short story for the series. I also did a bit of outlining on the science fiction series but with there’s a fair amount of work to be done on the supernatural book so that will have to wait. I still count that work for tracking purposes and they’re important words but no one but me is ever going to see them.

The other thing I did this month was book the covers for the new series. The artist I use is a) fantastic and b) very busy so I needed to get my slots reserved now. It’ll be 7-8 months before I get to see the first one.

With the covers booked, I now have a tentative release schedule starting in September. Anything could happen between now and then but it gives me something to aim for and I’m starting to plan out writing and editing to get me to those dates.