It’s been a busy few days. On Thursday and Friday I took part in a two day offsite (basically a really long meeting where we talk about strategic company stuff). It played havoc with my writing schedule but on Thursday evening we were treated to a visit from  retired NHL player, Trevor Linden. Linden played for the Vancouver Canucks and is probably their most loved player. He’s renowned for being an all round great guy and true to form he was very friendly, happily signing autographs and chatting with us after his speech. Saturday was race day. I took part in the 25th Annual Summerfast 10k race around Stanley Park. Ann wasn’t running, she ran a solo race last weekend, so I was on my own for this one. It was a fantastic event with beautiful clear skies and a great atmosphere. There’s a cap of 500 runners for the race so it’s relatively small. I started a little bit too far back in the pack so it was somewhat crowded and the pace was slower than I’d have liked during the early part of the race but from 2km onwards the field had spread out and I was able … END_OF_DOCUMENT_TOKEN_TO_BE_REPLACED 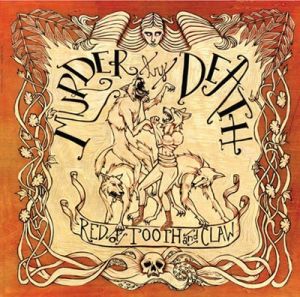 Yesterday was our last race for 2011 – The Santa Shuffle. It’s a 5km fun run round Stanley Park and the seawall and this year was the third time we’d taken part. The weather was great (one of those amazing Vancouver mornings we didn’t get last weekend) and we timed our arrival perfectly so we didn’t need to stand around in the cold for too long. Despite having run the half marathon last weekend and promising to “take it steady” we actually ended up finishing in around 25 mins 30 which is our fastest 5km yet. The post race refreshments (beef chili and some granola bars) were good as well so it was a successful event all round. One of our local HMV stores is closing down – presumably falling victim to the relentless advance of digital content – so in the afternoon I dropped by to take a look at their 60% sale. It turns out that it’s mostly a 10% sale (although if you want a Metallica clock then you can indeed save 60%) but I did pick up a copy of Murder by Death‘s album – Red of Tooth and Claw. I first discovered Murder by Death (or … END_OF_DOCUMENT_TOKEN_TO_BE_REPLACED

You get some amazing autumn mornings in Vancouver. Crisp, clean air. Clear blue skies. Bright sunshine reflecting off the sea with snow capped mountains in the background. Wonderful. Yesterday was not one of those days. It was cold, wet and grey. It was also the day of the first ever Vancouver Historic Half Marathon and the fifth half marathon that my wife, Ann, and I have run. Medal for the Vancouver Historic Half Marathon The route started at the naval base on Dead Man’s Island and followed the seawall around the edge of Stanley Park, looping round twice before finishing back on the naval base. As well as the half marathon there were 5km and10km races along a subset of the Half Marathon route. It was raining heavily when we arrived but although it stayed pretty gloomy for most of the race, the rain eventually died off and it wasn’t as gruesome as we’d initially feared. It was a fairly small race, roughly 400 people with 250 of those running the half so as the race progressed the field thinned out nicely which meant we could focus on running not dodging other runners. The seawall is a beautiful place to run, … END_OF_DOCUMENT_TOKEN_TO_BE_REPLACED