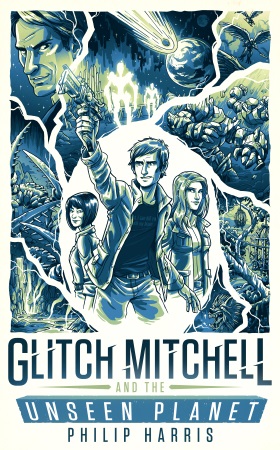 My short story, Glitch Mitchell and the Island of Terror, has just been published in the new Future Chronicles anthology – The Jurassic Chronicles. (Currently on sale for just 99c!)

To celebrate the launch, I’ve put the Glitch’s full length adventure – Glitch Mitchell and the Unseen Planet – on sale for 99c as well. That’s 75% off its normal price.

A gateway to another world. A lucky contest winner. An adventure across the cosmos!

Glitch Mitchell and the Unseen Planet is a sci-fi adventure that features exotic alien worlds and fast-paced suspense. If you liked the wild adventures of Flash Gordon, you’ll love this thrill-ride throughout the universe!