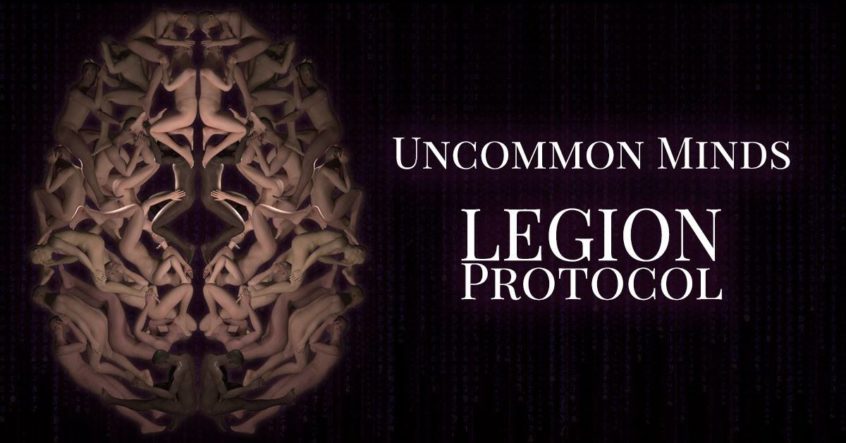 My new story, Sitala, has just been published in the UnCommon Minds anthology. To celebrate, I’m interviewing some of the authors about their stories. Today, I’m talking to Christopher Godsoe about LEGION Protocol. I’ve always been fascinated by the concepts of artificial intelligence, mind uploading, and the digitizing of human consciousness. I can’t get too much more into it without giving away the plot of the story, but I think those ideas alone could be fodder for hundreds if not thousands of stories.

Hopefully, that it makes people think. There’s a twist that happens at one point in the story that is meant to encourage the reader to ask themselves some very difficult questions about themselves, and about the nature of life in general.

There are actually three. Nikola Tesla, Albert Einstein, and Alan Turing. I think that the three of them each understood deeper truths to the nature of our reality, and human mortality robbed us of them having the time to answer more of the “big questions”. A big part of what intrigues me about mind uploading is that it essentially provides immortality, giving the great thinkers and creators of our society an eternity to do what they do instead of having their lives cut short would cause our understanding of everything to grow at an exponential clip. There are of course plenty of ethical questions about mind uploading, and there is very likely no way to answer them without first inventing the ability to do so, but in my opinion, it’s where our race is headed, and the potential for it is worth the risks.

Absolutely. This story is written in my “do.mai.n” universe, and I have one novel (pre://d.o.mai.n), another short story (The Zealot), as well as two additional novels and many more stories in mind. This world isn’t going away anytime soon.

Karl Urban. I’ve seen him play cops before, and he does a spectacular job. I like casting the major roles in most of my stories as a way to maintain a consistent appearance and personality.

I would recommend starting with pre://d.o.mai.n, then reading the zealot, which is currently included in the UnCommon Bodies anthology, and will be released as a standalone ebook shortly.

A big thank you Christoper Godsoe for taking the time to answer my questions. CLICK HERE to get your copy of UnCommon Minds from Amazon today.