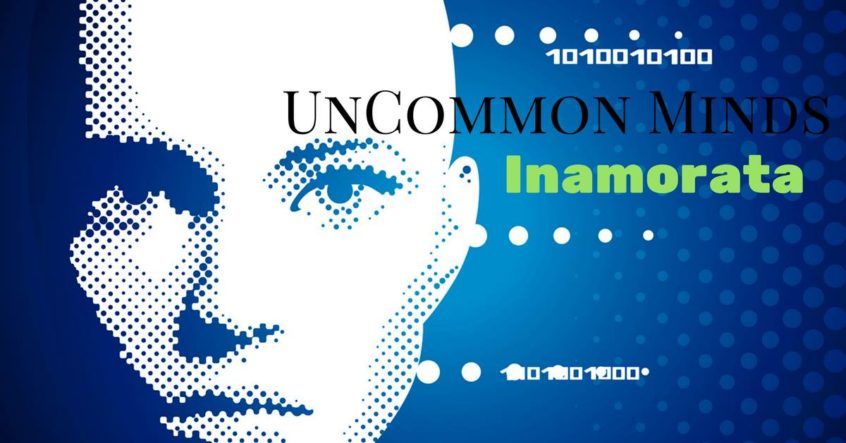 The anothology hosts are fantastic, as is the UnCommon community, and the stories! It’s a lot to get excited about ^_^

Partially, the novella I was writing at the time, and partially a really cool album that had just released (Celldweller – End of an Empire)

One of the underlying themes is about true beauty, what it means to be beautiful, and accepting what you are, as you are. I wish more people could believe that they’re perfect in their imperfections, and that it’s wonderful.

I wouldn’t! Upstairs is my personal space, but if I had to pick, probably a stranger from far away who speaks another language, so we could teach each other about our cultures and seamlessly learn another language in an instant.

I have to call out Josh Viola; he inspires me to work hard. As for the story, it was mainly inspired by music, and my new work coming out in late January.

YES! Spoiler alert, one of the characters from this story has a cameo in the book launching late January, and will play a big role in the third installment.

Zoe Saldana. She’d need to shrink a few inches and gain 10 lbs though.

Gifts… it could range from strange birthday presents, to having a 6th sense of premonitions, or talking to animals. UnCommon Gifts leaves a lot of space for variety and creativity :p

Like a bad IKEA bookshelf, some of the screws were missing, but you got two extra planks. I don’t know what that means.

In seriousness I suppose my general disregard of feelings like embarrassment, or being uncomfortable. I recognize my discomfort and say “f*** you, I’m going to do it anyway.” Sometimes that’s not the best choice, but I’m not sorry for the life I’ve lived.

What’s was the most difficult obstacle to overcome with the story?

Knowing when to stop tweaking it. Even now (especially now) I see changes I want to make. But much like my message, it’s perfect in its imperfections… must leave it alone.

The Verge of Desolation series, starting with The Mill. Second is Revolt (releasing January 20th 2017), and this story is the bit that occurs right at the end of Revolt, essentially being the prequel to the third (yet unnamed) and final book in the series.

A big thank you to J.D. Harpley for taking the time to answer my questions. CLICK HERE to get your copy of UnCommon Minds from Amazon today.