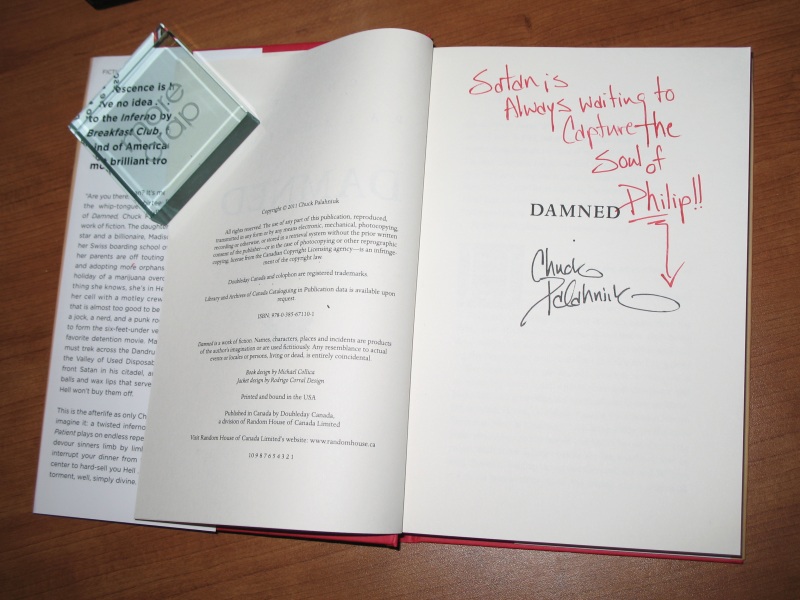 Chuck Palahniuk’s advance for Fight Club was just $7000 dollars and both the film and the book were failures. At least initially. That’s two of the things I learned at the Chuck Palahniuk reading on Wednesday. I also learned that he likes to throw candy at his audience and I mean at, not to. The event was part of the Vancouver International Writers Festival and if you live in or near Vancouver, it’s well worth keeping an eye on their website – they bring some great authors to their annual festival in October and other events throughout the year. Chuck’s visit kicked off with a limited signing for people who had bought one of the one hundred book-and-event tickets that were available. I was lucky enough to be able to get one so I arrived early, got my copy of Damned inscribed and a couple of photos and then sat down and waited for the reading to start. I’m Damned It was obvious the evening was going to be special when Chuck came on stage, explained how important it was to pay attention and then proceeded to throw candy around the packed theatre. And this wasn’t small candy either, it was … END_OF_DOCUMENT_TOKEN_TO_BE_REPLACED