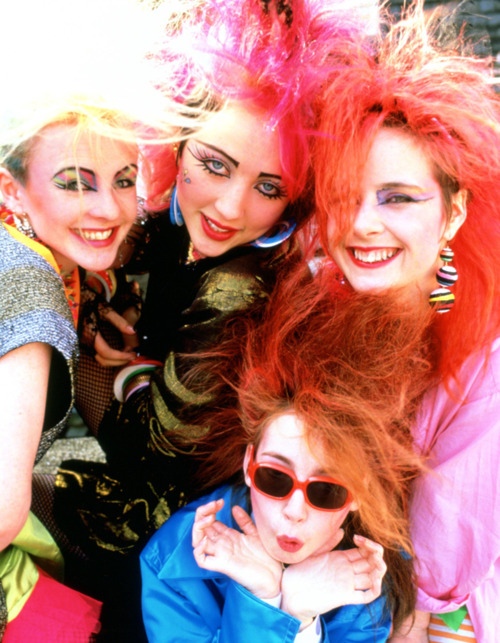 I used to have a pretty decent collection of records. When I was maybe 10 I actually DJ’d a couple of my friends birthday parties. Badly. It took me a while to transition to CDs but once I had I built up a collection of 6-700. They’re now sitting in the cupboard, removed from their cases because I can’t bring myself to just throw them away and no one else wants hundreds of CDs of nineties goth bands, Dead Can Dance, and The Cocteau Twins.

I still listen to a lot of music but now it’s courtesy of Apple Music. I tend to play the same few albums over and over for a while then gradually move on to new bands. It’s rare that I scroll too far back in my library so I’ll often listen to one album thirty times or more then never listen to it again.

Every now and then I remember an old album I loved – something by We’ve Got a Fuzzbox and We’re Going to Use it or Sigue Sigue Sputnik – and I see if they’re available. They usually are. They’re usually not as good as I remember.

I’ve always listened to music while I’m writing. Originally, it was whatever bands I happened to be listening at the time but the lyrics got distracting. Now I’ve switched to instrumental soundtracks. I have a pair of Bose noise cancelling headphones that are phenomenally good and the first thing I do at the start of a writing session is put on my headphones and fire up my writing soundtrack playlist.

If you’re looking for something to listen to while you’re writing or working or whatever, these albums are a really good place to start (no Sputnik, though):