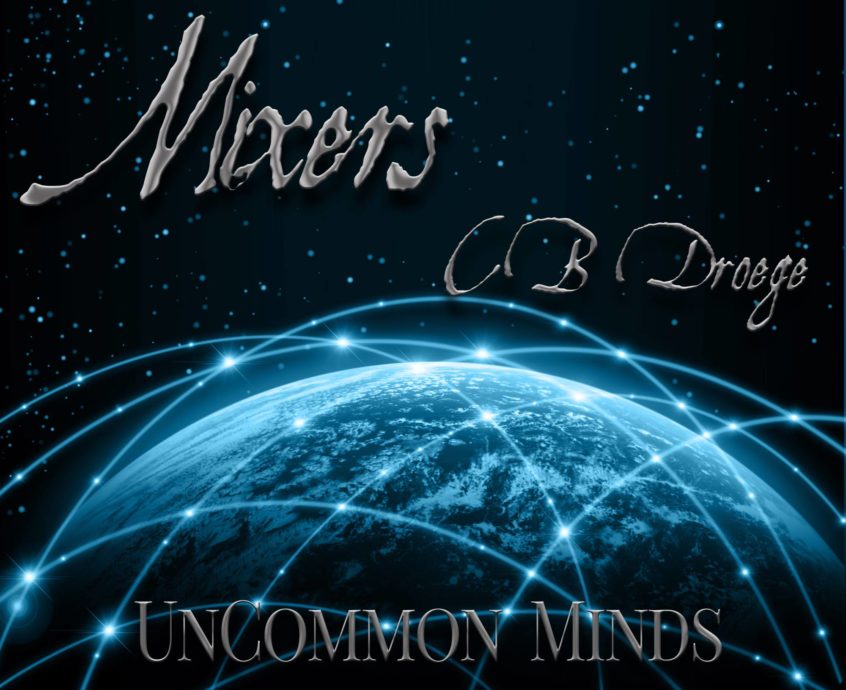 My new story, Sitala, has just been published in the UnCommon Minds anthology. To celebrate, I’m interviewing some of the authors about their stories. Today, I’m talking to CB Droege  about Mixers. Whenever anything bad happens to humans, there are always some who are immune. We’re very resilient animals. If our entire society is disassembled from within our minds, there will be the few who make it out undamaged, whether from planning or by chance, and these will all be thrown together to rebuild, whatever differences they might have had before the disaster. So, I was thinking about the inevitability of continued pressure against artists’ abilities to remix and recreate the art of the past, and where that might lead, and how it might go wrong, and who might be left after.

Our own world. It’s already true that most of the policing of copyright infringement, especially on social media, is performed by algorithms, which are not answerable to humans, as anyone who’s tried to dispute a YouTube copyright violation notice already knows. Even major media creators sometimes have trouble posting their own, legal content because the algorithm spots it, and doesn’t know the difference. The setting of “Mixers” just takes this a few steps too far.

Philip K. Dick is a big influence on a lot of my writing, this story included.

No plans currently, but there certainly is a lot more that could be unpacked from the concept. The world immediately before and after the disaster would be interesting to look more closely at, as is true of most disasters. The Mixers have a fight ahead of them that is more cerebral and philosophical than most post-apocalypse stories, so that could be a expanded on as well.

I think Matt Frewer would be a good choice to portray the mix of eccentricity and kindness in the representative from the Mixers.

Nothing else I’ve written follows parts of this story any further, but my novel Zeta Disconnect is similar in tone. Readers might also enjoy my recent collection, RapUnsEl and Other Stories.

A big thank you to CB Droege for taking the time to answer my questions. CLICK HERE to get your copy of UnCommon Minds from Amazon today.