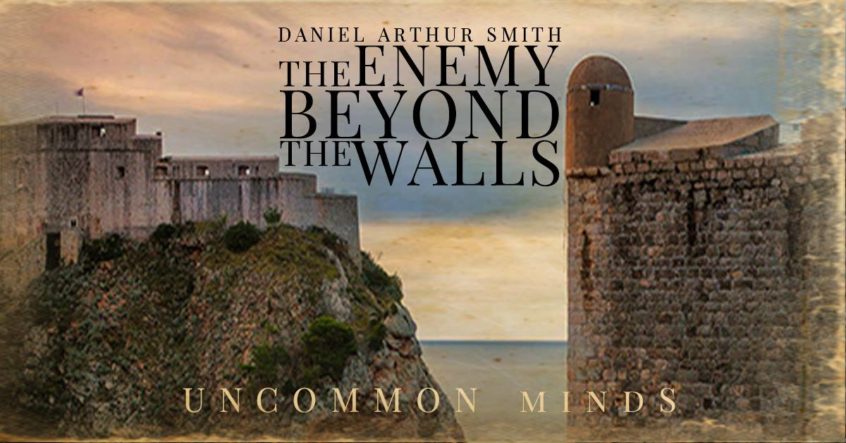 Today, I’m talking to Daniel Arthur Smith about The Enemy Beyond the Walls. I have long been an avid reader of magical realism and the UnCommon project excels at promoting the genre.

The current dumbing down of our society inspired me to create a world where a child who possesses the knowledge of Trigonometry is unique in her city.

If I succeeded, the story is an allegory for the dangers of dumbing down and villainizing intellectualism and knowledge experts.

My lovely wife as I find grace through her.

I’ve had a recent fascination with Lin Manuel Miranda due to his ability to merge history and allegory into new mediums.

A lone coastal city-state shouldered by the mountains and the sea.

Gabriel Garcia Marquez, Isaac Asimov, and Kurt Vonnegut – each of the three wrote stories that directly influenced this one in tone of culture.

Huh. I hadn’t thought about a particular actor. In my first conception of the story the characters were East Asian, I then shifted to South American. At any rate, the protagonist is a young girl.

Readers are invited to read any of the Tales from the Canyons of the Damned series and next year I will be releasing a cyberpunk series set in the future where the protagonist travels up and down dimensional planes parallel to our ours in the spectrum.

A big thank you to Daniel for taking the time to answer my questions. CLICK HERE to get your copy of UnCommon Minds from Amazon today.