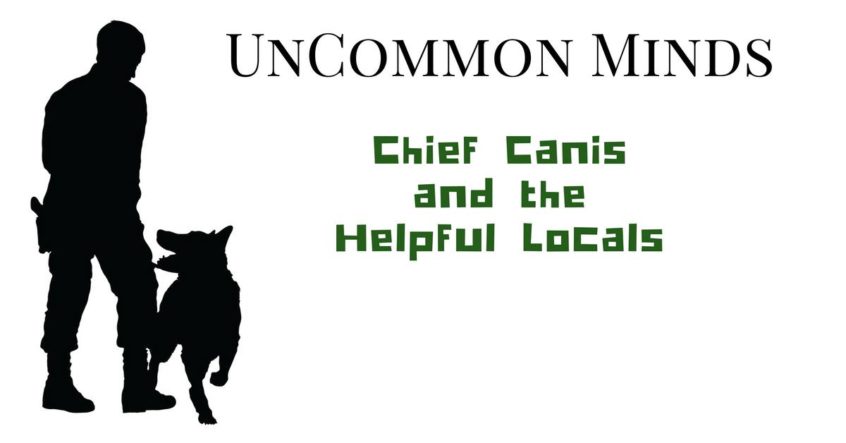 My new story, Sitala, is being released in the UnCommon Minds anthology on 21st January. To celebrate, I’m interviewing some of the authors about their stories. Today, I’m talking to Patrick S. Baker about Chief Canis and the Helpful Locals I saw the open call on a Facebook group I belong and thought my story would be a good fit. And so it seemed to be.

I watched a TV show about military working dogs; guard dogs, bomb sniffers, etc. and saw the connection between the dogs and their handlers. So I just took that connection to a deeper, more science fiction/fantasy level. Also I’m a US Army veteran and like to write stories that feature veterans and the military.

How the connection between Canis and Buffy and between the team members came out. I think I gave the story a bit of “We few, we happy few, we band of brothers; For he to-day that sheds his blood with me, Shall be my brother;” Even if the “brother” is a dog.

Mozambique in the very near future, in a terrorist’s base camp during a continuing Global War on Terror (GWOT).

A big thank you to Patrick for taking the time to answer my questions. CLICK HERE to order your copy of UnCommon Minds from Amazon today.