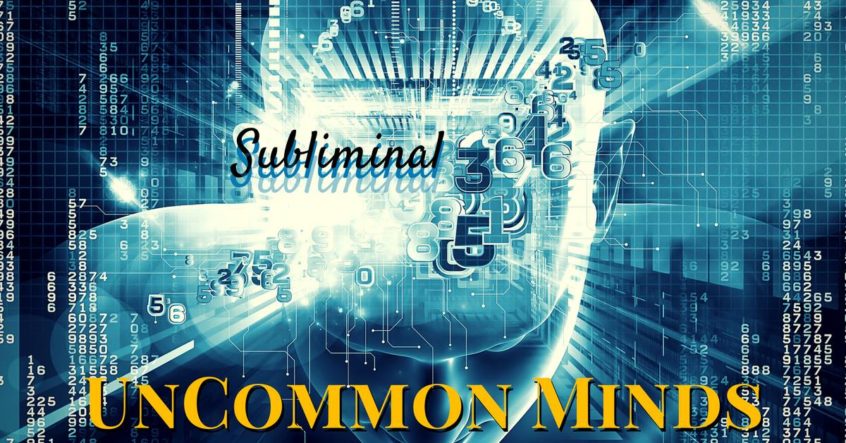 My new story, Sitala, is being released in the UnCommon Minds anthology on 21st January. To celebrate, I’m interviewing some of the authors about their stories. Today, I’m talking to Zen DiPietro about Subliminal. I wanted to portray someone who’s had everything about him stripped away, but still knows who he is at his core. Someone who manages to overcome his obstacles to fight for himself. It’s a metaphor for the struggle that we all face in life–the need to persevere and survive, and to use what we’ve learned to make us better.

The story is a prologue to Translucid, the first full-length novel in this series. This unseen early event leads to everything else that happens, unbeknownst to the main characters. Because life is like that–a neverending cascade of events that flows from the past to the future. I wanted to show this early event, to highlight one such moment in time that touched off a series of events.

The structure of the story. There’s a repetitive element and I’d never written anything that unfolded that way. It was risky, and I was nervous about doing it. What stuck in my head was an interview with Jonathan Frakes I once saw. He was talking about directing an episode of Star Trek that had a similar repetitive element. He said that the challenge was in the filming–to change camera angles and lighting to make each scene unique. So I focused on that concept to keep the story from getting tedious.

They say that you should write things that scare you because they push your boundaries. That was certainly the case with this story, and the result is something that I’m proud of.

Oh yes, I already have, and will again. Subliminal is a prequel to my Dragonfire Station series, which starts with the book Translucid. It’s a science fiction thriller, which starts tightly focused on the main character’s perspective and experiences, but the view pans outward throughout the series to encompass many galaxies with a wide variety of species and cultures. It has Whedon-esque qualities along with that Star Trek feeling of adventure and diplomacy. But then there’s the intrigue and espionage that drives the story, which is more Bourne Identity or The Expanse. So it’s a universe with a lot to offer!

UnCommon Hope. A lot of people are looking for something uplifting. That can be hard to find in books, movies, and tv because gloom and doom is easier to write. Conflict and struggle is built right in to dystopia. Hope is tougher to write, tougher to find and, I think, sorely needed.

I have a gap in my memory of about two days. I was in an accident when I was a kid. The last thing I remember is hitting the car’s grill. From what I was told, I bounced off and landed on the sidewalk. I might have been briefly unconscious, but I stood up and walked home like a zombie. I apparently walked around, watched tv, ate dinner, and talked.

But as far as I’m concerned, everything went dark and then I inexplicably woke up in my bed with a hellacious headache (which was actually a nasty concussion). I was very confused. So I understand what it’s like to have missing memories, and to have to rely on other people’s descriptions of what I did and said. I think that experience gave me the perspective I needed to write this series.

A big thank you to Zen for taking the time to answer my questions. CLICK HERE to order your copy of UnCommon Minds from Amazon today.