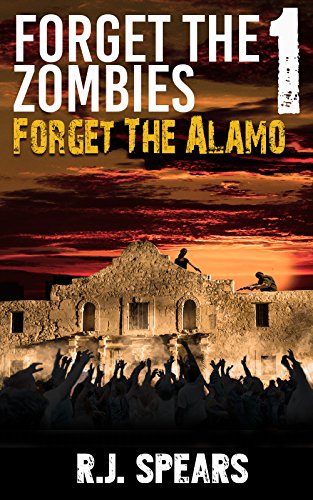 With Serial Killer Z on the shelves and The Walking Dead returning to screens this evening, it’s time for another interview with a zombie author (an author of zombie books that is, not a zombie that’s also author). Today, I’m talking to R.J. Spears, author of the Forget the Zombies series. Hi, tell us about yourself… My writing name is R.J. Spears. Google “Randy Spears,” but do it in safe company or alone and you’ll see why I went with R.J. Spears. I wanted to avoid any confusion, if you know what I mean. My trip to horror is a winding one. I was blessed with being introduced to Stephen King with his debut novel, Carrie, and that captivated me. I read a lot of horror and sci-fi in my teens and twenties. Some of it good and some not so good. I’ve always wanted to write. After first wanting to be a paleontologist as a very small child, the next thing I wanted to be was a writer. (Then a baseball player, but I sucked at that.) In high school, I wrote short stories, but most of those were science fiction. Then I got diverted into film making and my fiction … END_OF_DOCUMENT_TOKEN_TO_BE_REPLACED